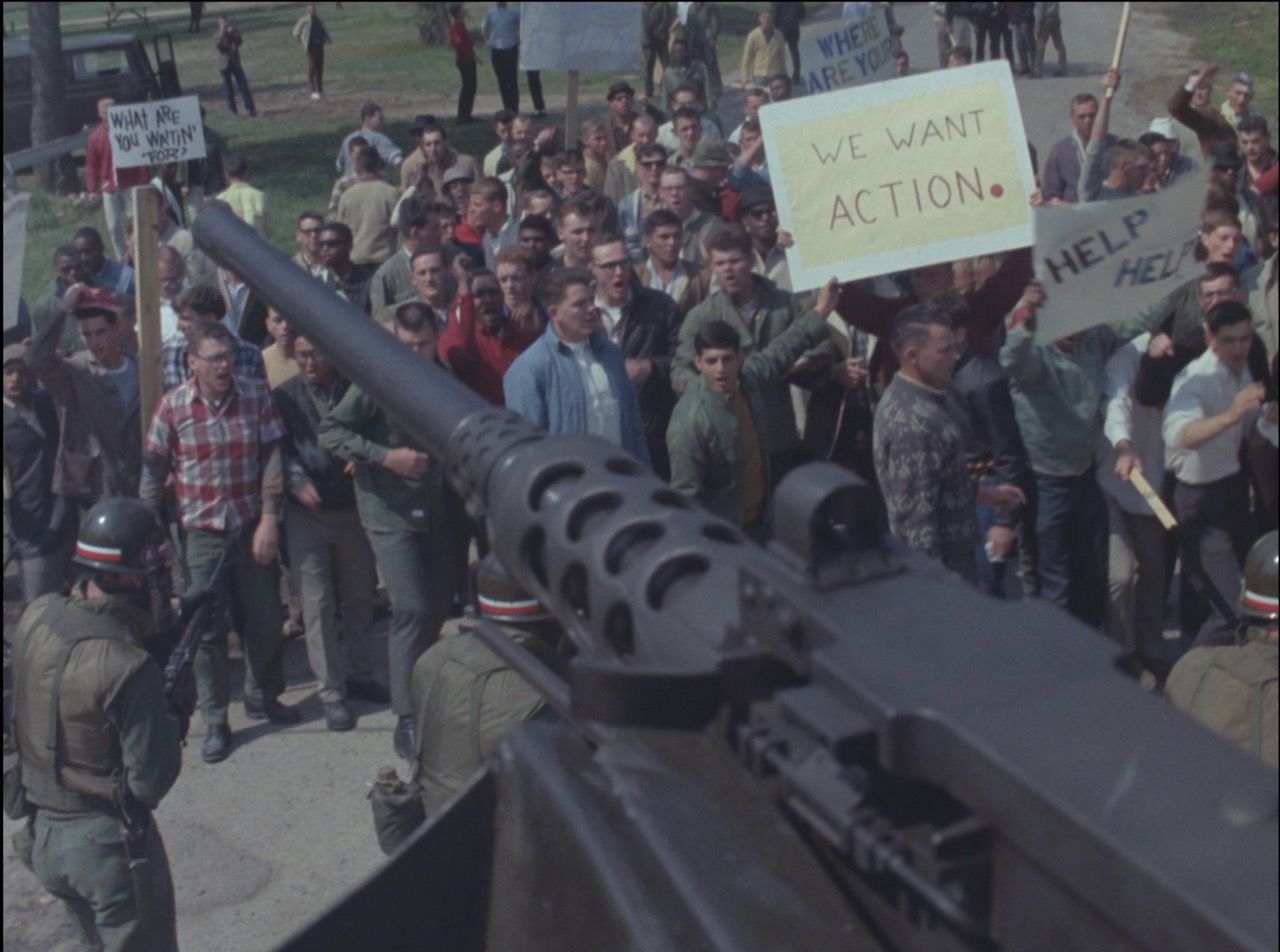 Late 60s USA: Cities are ablaze with civil unrest, fuelled by protest and racial injustice. Archive footage charts a nation choosing to wage war on its people, despite a rare opportunity to fix old wounds.

In response to violent uprisings in Watts, Chicago, Detroit, and 150 other cities over the ‘long, hot summer of 1967’, the US government built model ‘Riotsvilles’ to train its police and military against urban disorder.

It also published a US Riot Commission Report, which urged for massive investment in jobs, homes and education to address underlying economic and racial inequality. But only the report’s supplemental advice to increase police funding was implemented. The report’s diagnosis went without its prescribed cure.

Departing from unearthed military footage of exercises in these fictive model towns, explosively framed by a web of TV broadcast at the time, and a narrative from writer Tobi Haslett, Pettengill artfully gives acerbic voice to archival materials to dissect a turning point in American history, and shift focus from the riots to the government’s response.

A tale of violent policing, systemic racism, polarisation and civic crisis, that finds startling resonances, and consequences, in realities 50 years on.

About The Architecture Foundation leads the conversation on the development of London and contributes to a global discourse about the architect’s changing role and responsibilities. We pursue this mission through the delivery of an accessible public programme that makes space for emerging architects, groups historically underrepresented in the profession, and representatives of a wide range of related disciplines. Exploring the architect’s capacity to combat climate change and systemic social inequalities represent central concerns of the programme.
URL www.architecturefoundation.org.uk
Instagram @architecturefoundation
Twitter @archfoundation