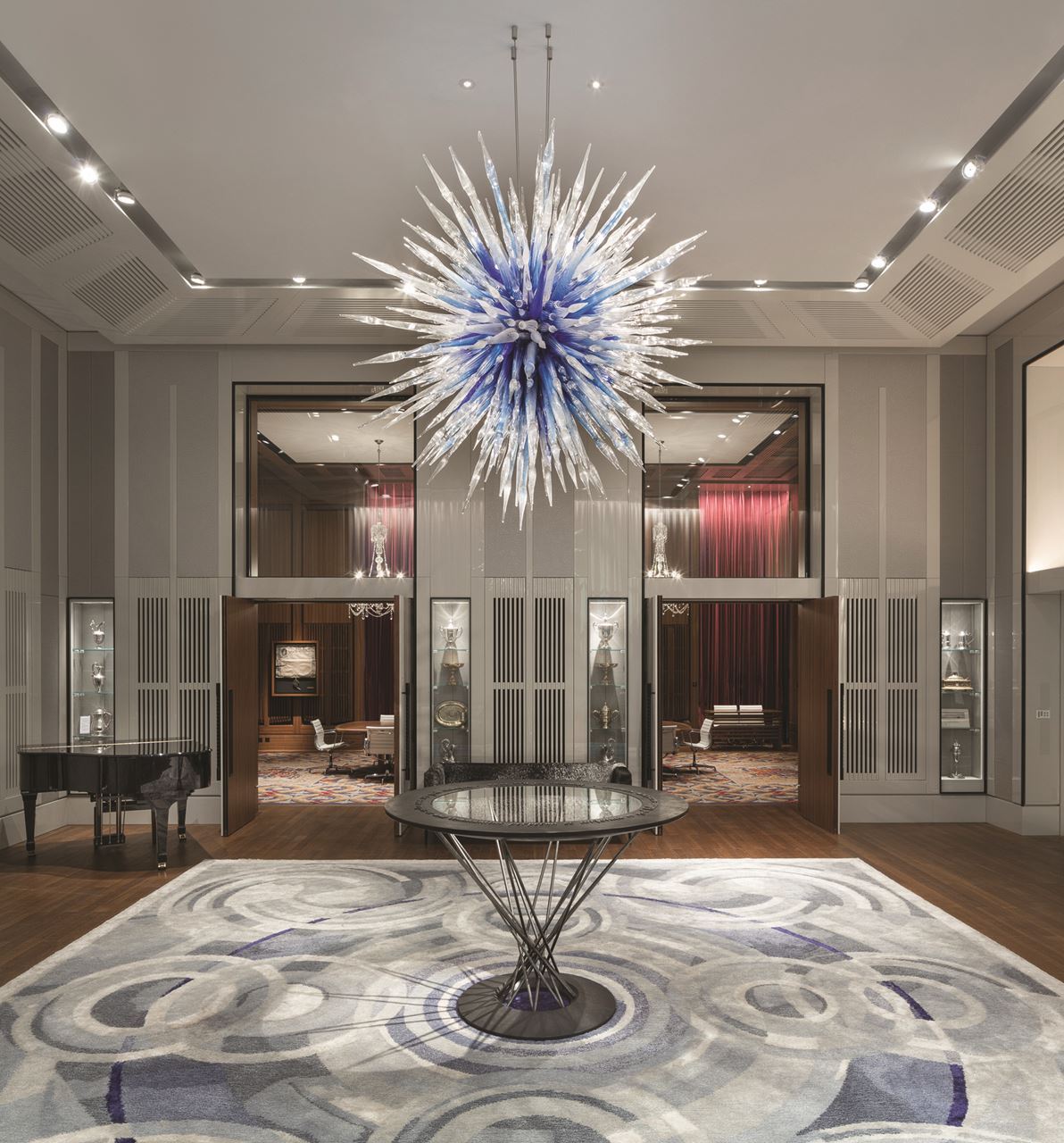 BEHIND THE SCENES | Leathersellers’ Hall

The new Hall (completed in 2016) is the seventh Hall in the Company’s long history, it has occupied its current site on the south side of St Helen’s Place continuously since 1543.

Whilst earlier halls were located within St Helen’s Place, the new 7th hall has now returned to the site of its earliest historical location, behind the medieval church of St Helen’s Bishopsgate. The new Hall stands exactly where the second Hall, the former Benedictine Priory of St Helen, was located up until 1799.

The new Hall is a total new build apart from its early 20th century façade, which was retained from the last major redevelopment of St Helen’s Place in the 1910-1926 period.

The design showcases some of the best contemporary crafting in leather, metalwork, glass, textiles, and joinery from the American black walnut panelling alternate with vertical slotted timber reeds, to Dale Chihuly’s clear and indigo drawn glass sculpture beautifully showcased in the main Reception Room. All the while retaining reminders of the Company’s long and illustrious history and heritage.

**£10 of your ticket fee will be donated to a charity of choice of the Leathersellers' Company.