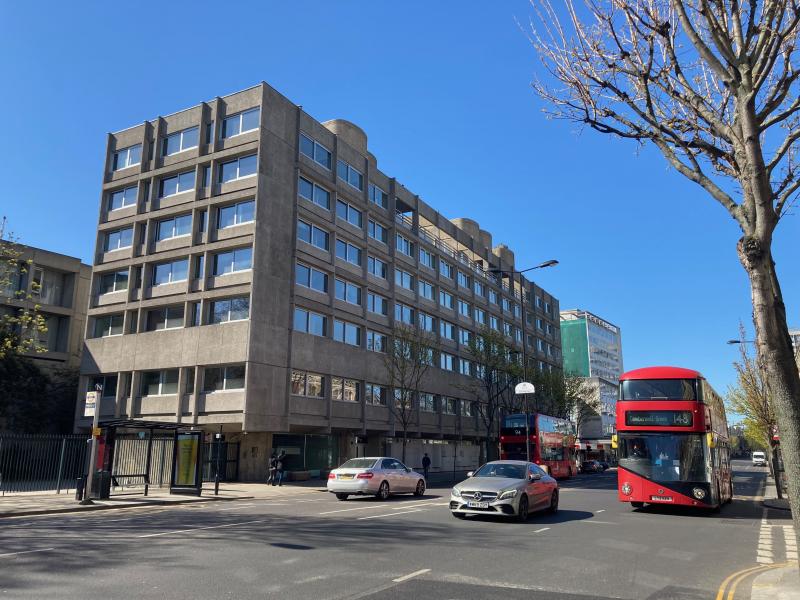 Brutal Beauty: A Video Tour of the Czech and Slovak Embassies in London + live Q&A

Join us for a tour of one of the prime examples of Brutalist architecture in London, discover what’s hiding behind the facade of the Czech and Slovak Embassies and ask you questions in a live Q&A with Owen Hatherley, and Czech historians Rostislav Švácha and Irena Lehkoživová.

Owen Hatherley, architecture critic and author of Landscapes of Communism: A History through Buildings, will guide you through the recently refurbished London Czech Embassy from its spectacular roof terrace with iconic water towers to the original cinema in the basement, exploring also the original interior of the Slovak Embassy where raw concrete is juxtaposed with artistic and decorative elements.

Designed by the leading Czech architects Jan Šrámek, Jan Bočan and Karel Štěpánský, in collaboration with the architect of the Royal Festival Hall, Robert Mathew, it marked a significant redevelopment in the Notting Hill Gate area in the late ‘60s.

Looking back to pre-war Czech Modernism and post-war architecture, Owen Hatherley will discuss its influence in Britain while exploring the obtuse angles and concrete details of the building designed in accordance with the prevailing architectural trends and representing the best of Brutalist architecture.

Organised by the Czech Centre London in collaboration with the Czech and Slovak Embassies in London and the London Festival of Architecture.