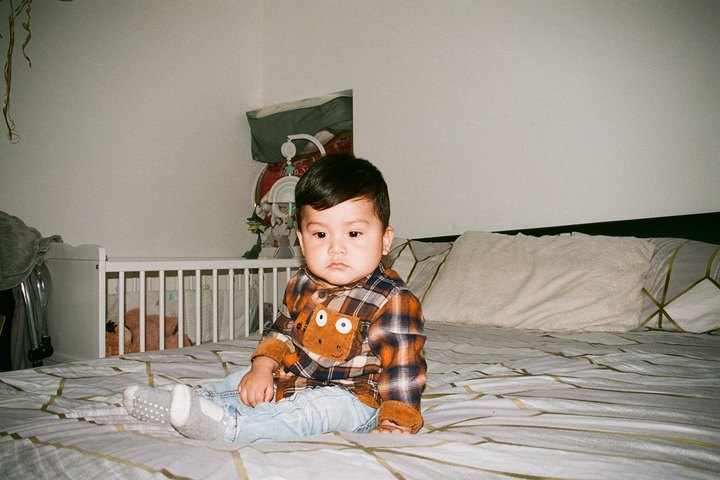 Cell Project Space presents Ópera de Balcón, a solo exhibition of work by Peruvian artist Bryan Giuseppi Rodriguez Cambana. As part of the commissioning process, Rodriguez Cambana has worked in residence at the gallery for a period of four months and reopens the exhibition space by responding to sites of migration. Ópera de Balcón is the artist’s most ambitious project to date: all at once a sculpture, theatre set, and performance.

In Ópera de Balcón, two balconies in a dimly lit space sing to each other from across the room. The song, written by Rodriguez Cambana, is a ballad hinged upon complications in romance, timing, and distance. Viewers are invited to decode intimate and covert messages shared between structures to uncover an opera coloured by militarised modes of communication, personal entanglements, and the political framings of migration and diaspora.

This exhibition is a continuation of Rodriguez Cambana’s exploration into interrogating the spectrum of Black and indigenous communities, its formation, and fictions. His practice has strived to complicate notions of ‘community’, critiquing its imaginaries of purity in favour of negotiating its differences, contradictions, and shifting landscapes.

Ópera de Balcón mirrors the physical spaces that act as intimate communicators between Black/indigenous communities within the surreal experience of migration, likening it to a mystical-play and performative gesture in which surroundings are in constant transition. Through his own lived experience, Rodriguez Cambana reflects on and engages with a (his) community: one that he knows as irrational, contradictory, and poor, hoping to shatter the illusions of equality by bringing in the material realities of class and operating through the intersections of the ‘public’ and ‘private'.

Bryan Rodriguez Cambana's work has been exhibited in various galleries, museums and festivals including the 'Festival of The New Latin American Cinema Havana', Cuba (2013), 'Performeando 2015' at Queens Museum, NYC, and 'Encuentro XI', Hemispheric Institute at NYU, D.F, Mexico (2018) and '37th