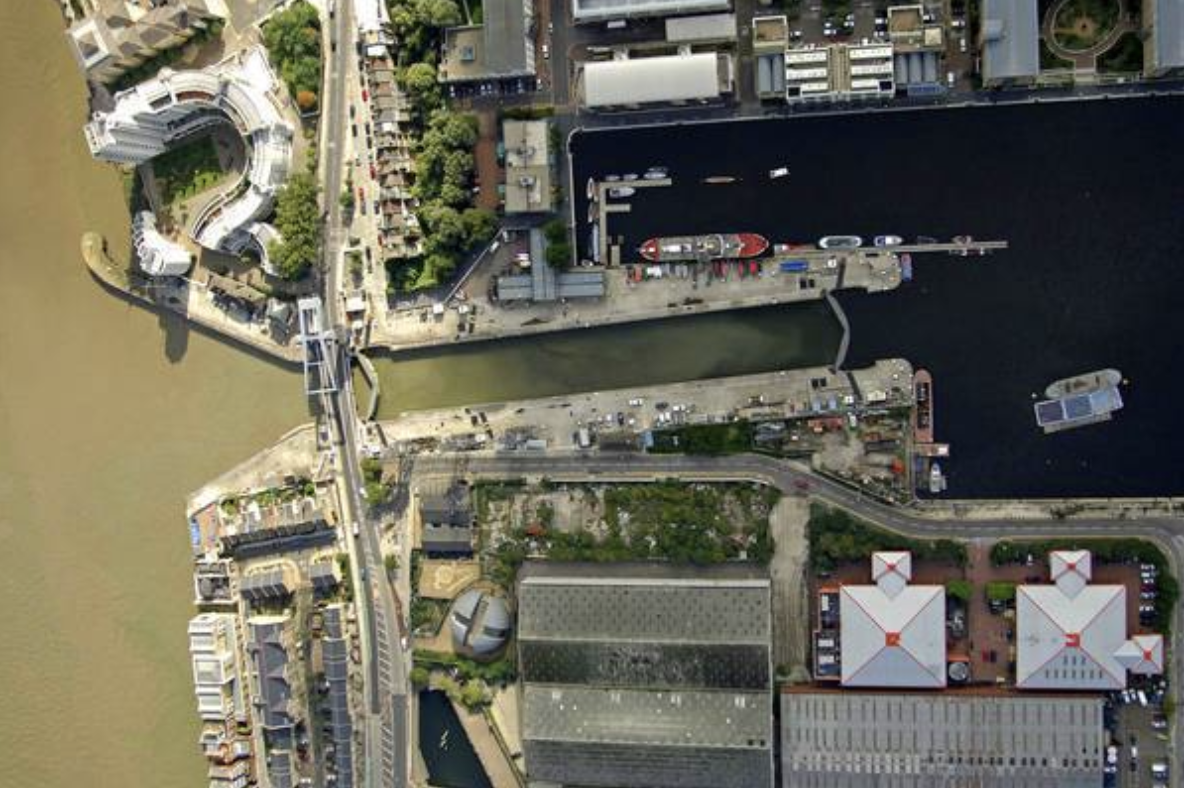 Moving on to a dramatic viewpoint revealing one of the River Thames’ most enigmatic post-industrial landscapes, the tour will then discuss some of the early docklands developments in Surrey Quays, Rotherhithe and Wapping, and the later work of the London Docklands Development Corporation. The unique planning and ideas behind the early approaches to rethinking London’s formerly derelict docks will be compared to the later thinking behind the private sector-led Canary Wharf development and some of the more recent towers going up on the island.

Passing through the former West India Docks complex, still apparent as vast expanses of water alongside the new banking towers, the tour will consider Reuters Plaza and the transformation of the area from one of toil, industry and colonial extraction to one of big banks, finance, shopping, recreation and luxury living.

It will then pass through Crossrail Place’s roof garden before travelling on to East India Dock – originally created to receive tea, spices, indigo, silk of the East India Company which had been key to the creation of the British Empire – where a 1990s office complex has recently been reinvented as Republic, a multi-use campus with landscaped public realm and spaces for local charities.