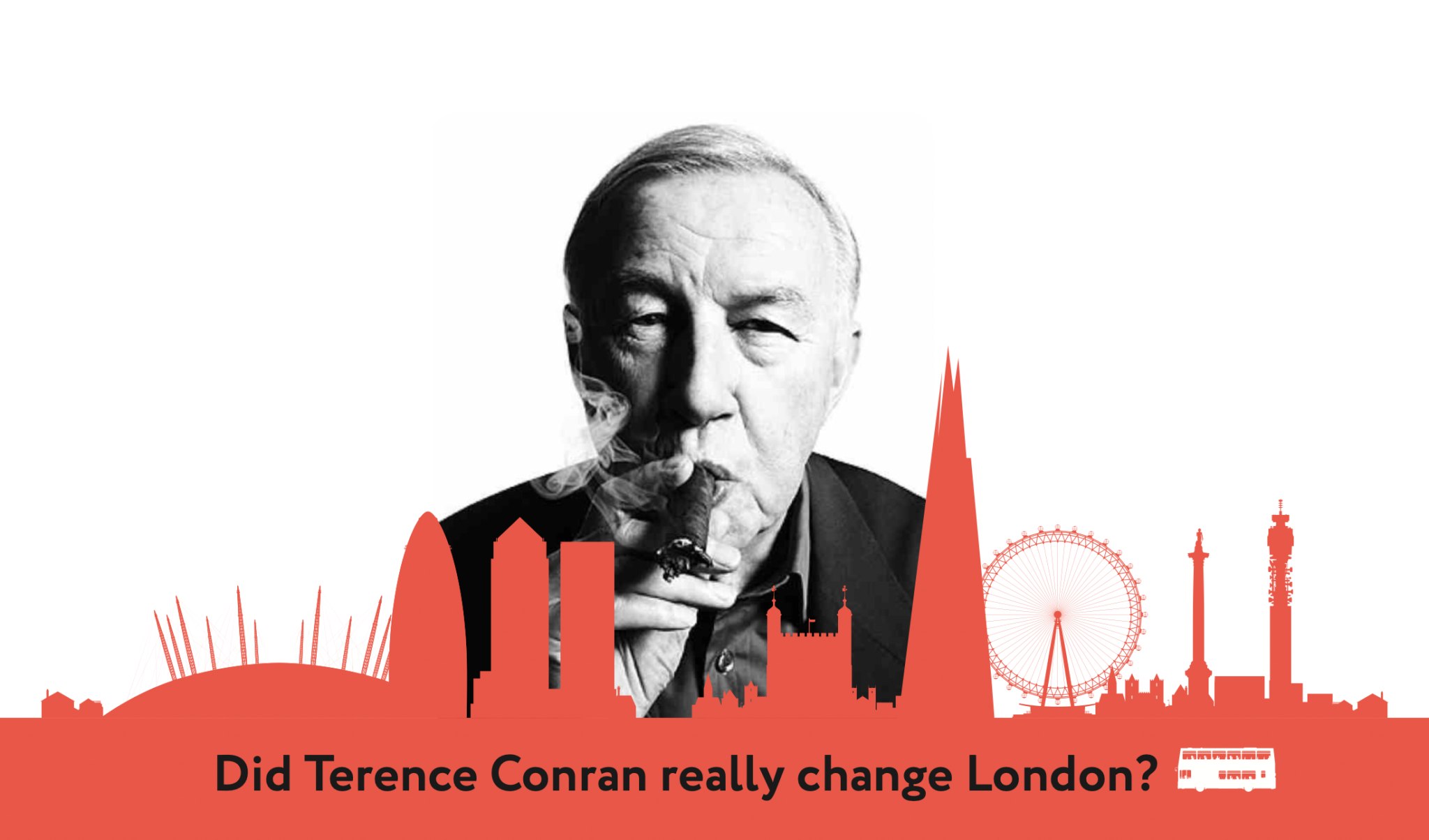 Terence was not so much an artisan-designer as a print media “influencer” of quite extraordinary range and scope. We can debate forever whether he was a cause or a symptom in the revolution of consumer behaviour in the late twentieth century, but what’s certain is that he was central to the public’s perception of it.

In restaurants and shops, with unique genius, he presented new vistas to explore. His achievement was not designing new chairs, but entire expectations about living and eating. Very cleverly, he assembled furniture and food he enjoyed, monetizing his own taste and selling it to us as “design”.

From London’s first bistro in the fifties, through Habitat in the sixties (which brought the Bauhaus to Bromley and elsewhere) onto the The Design Museum and restaurant cults of the eighties and nineties, very few people have made a more energetic and beneficial contribution to material life in London.