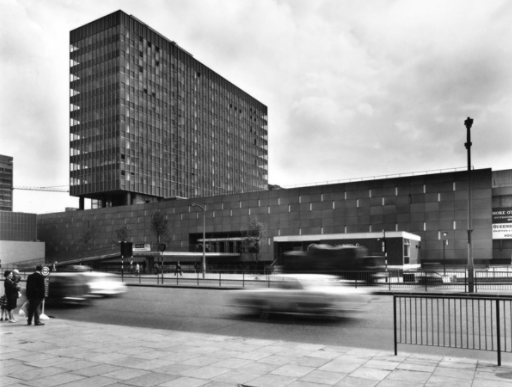 This tour will show you that this district — known affectionately as the ‘Elephant’ — is in fact a fascinating, vibrant neighbourhood with a rich history and a promising future, boasting conservation areas, numerous listed buildings, pioneering post-war architecture and striking contemporary developments, all of which surround an ambitious large-scale regeneration scheme which aims to bring the Elephant and its revitalized circus back to town.

Highlights of the tour include Metro Central Heights, the office development designed by the internationally renowned architect Ernő Goldfinger and converted to residential use in 2002, Blackfriars Circus by Maccreanor Lavington which draw influence from historic warehouses of Southwark and Clerkenwell and a new 1-hectare community park designed by Gillespies at the heart of the visionary Elephant Park development.

Providing a safe and fun way for enthusiastic urbanists to explore the city, this tour will explore the architecture and history of this rapidly changing south London area.