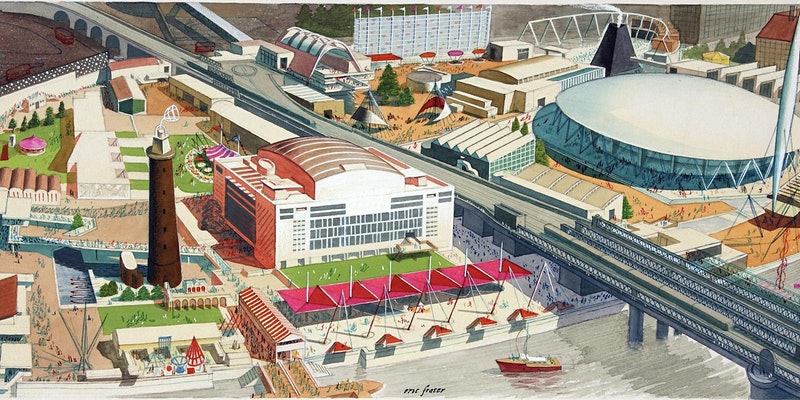 The role of landscape design in the 1951 Festival of Britain: FOLAR's Annual Symposium celebrates the 70th anniversary of this iconic event.

The 1951 Festival of Britain was a national celebration to mark Britian's achievements and recovery following the Second World War, and was timed to mark the 100th anniversary of the 1851 Great Exhibition. In many ways this was also a coming of age for the British landscape architecture profession.

On the 70th anniversary of the Festival, the FOLAR Symposium 2021 marks the achievements of this young profession and its role in celebrating post war Britain.

This symposium accompanies the Museum of English Rural Life's online exhibition '51 Voices', an exploration and celebration of 51 Objects which reflect the ideas and products of 1951, the year the museum was established. The objects include items from the Festival of Britain's Country Pavilion, such as Michael O’Connor’s wonderful wall hanging.