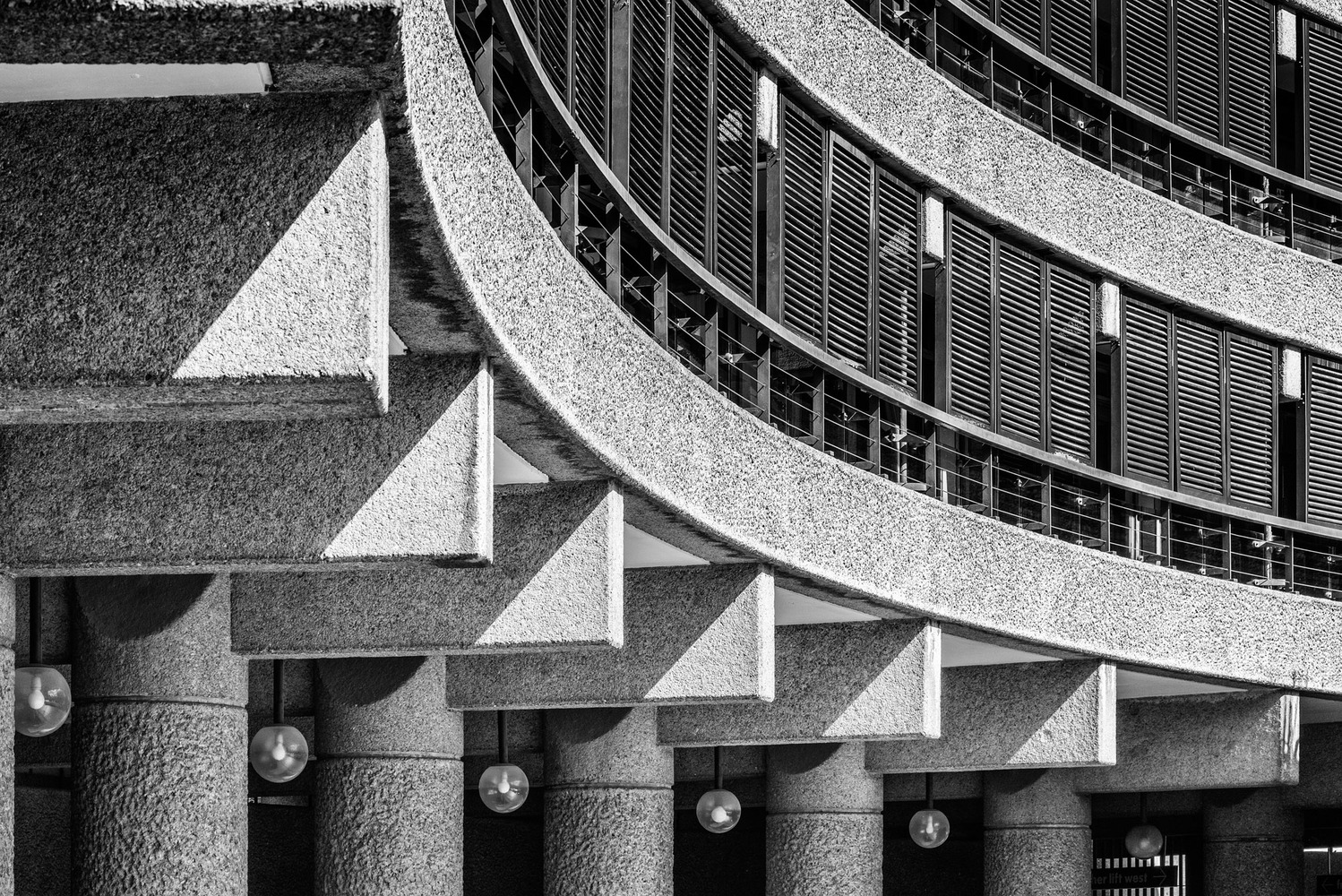 The walk — led by Barbican resident Francis Pugh — will explore the bold, modernist vision of the architects Chamberlin, Powell & Bon who created both Golden Lane and the Barbican estates on the north west fringes of Square Mile over three decades.

The walk begins on the Golden Lane Estate which was designed as social housing for the City’s key workers. On this bombed out site, the remains of deep basements were exploited to give an unusually varied three-dimensional feel to the spaces between blocks.

The walk then crosses into the highwalks of the Barbican Estate — the much larger, multi-layered, weighty, imposing and better known neighbour to Golden Lane.

Here the architect’s master plan redrew the existing street pattern and even realigned the London Underground to introduce a new east-west axis complete with generous landscapes specifically designed to persuade middle-class professionals to abandon suburban living for apartments in a concrete mega-structure.

The walk ends outside the Barbican Centre — the international arts complex that lies at the heart of the Barbican Estate, looking across the artificial lake towards the medieval church of St Giles Cripplegate and remnants of the ancient City Wall.

This new tour follows the recent designation of the Golden Lane and Barbican estates as the City’s latest ‘Conservation Area’ in recognition of their architectural importance. While the Barbican still divides opinion, this tour will ask whether the ingenuity and generosity of its landscapes could still serve as a model for future urban housing.