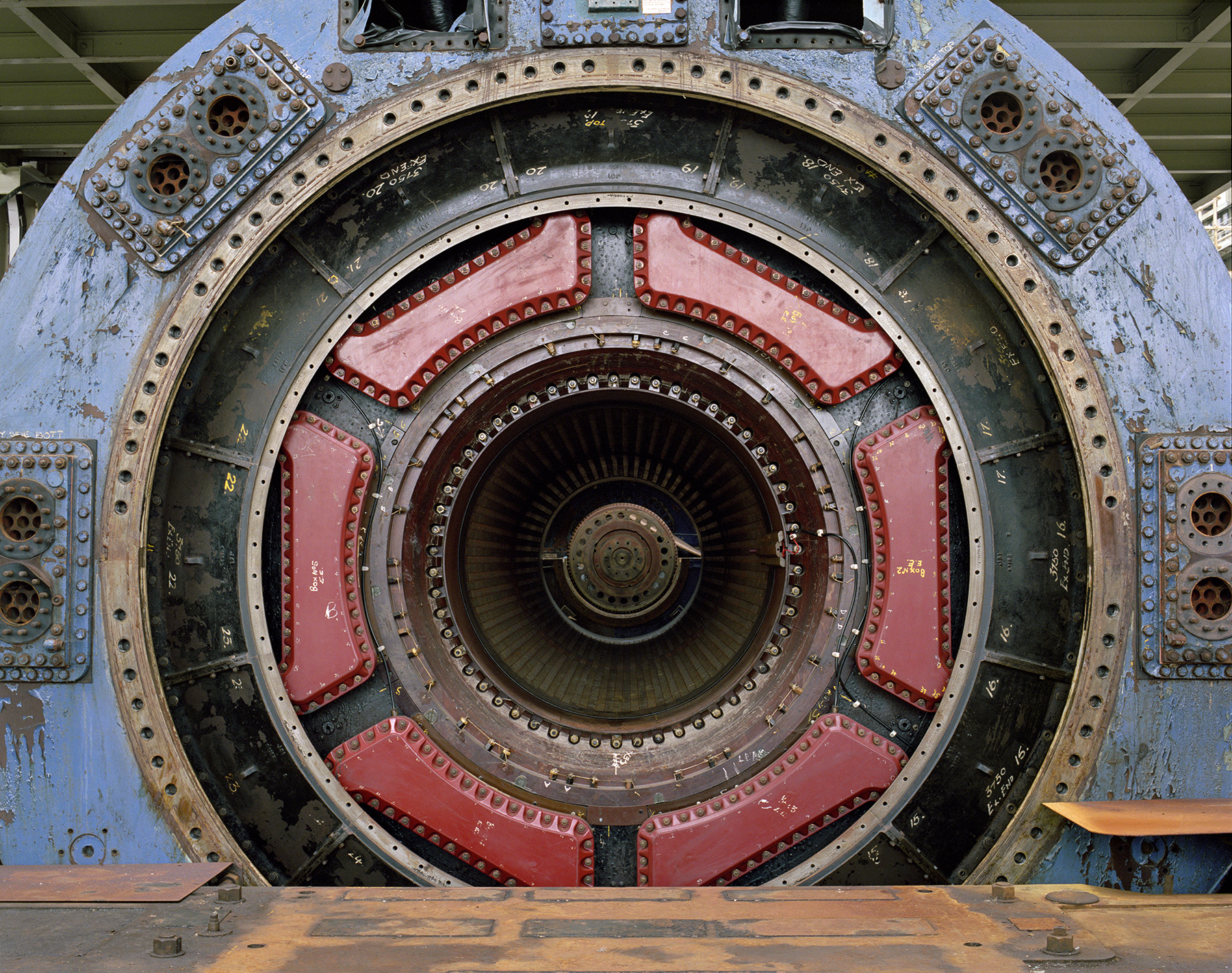 Photographer Greg Moss began his long-term project documenting Fawley Power Station in 2013, shortly after the oil-fired facility ceased generating electricity. He has followed the brutalist structure through the protracted process of decommissioning and demolition, culminating in the dynamiting of its gigantic 198m-tall chimney stack in late 2021.

As well as a valuable record of one of the most iconic examples of post-war power station architecture, the Razing Power series of photographs also pose questions about the decline of industry in the UK, and resonate with the current debate about energy independence and net zero. The impact of constructing such a bold and brutal structure in a sensitive landscape such as the New Forest is counterpointed by a growing movement against demolition, calling for greater retention and reuse of buildings.

Designed by specialist industrial architect Farmer and Dark, Fawley Power Station was completed in 1971. The site dominated the coastline at the entrance to Southampton Water, as well as the low- lying New Forest, its chimney a landmark for miles around.

About Launched in October 2019, Gareth Gardner Gallery is located in the heart of Deptford, SE8. The gallery is dedicated to photography of architecture and the man-altered landscape. The venue aims not only to interact with the local vibrant art scene, but also to host exhibitions and events that interrogate the role of architecture and landscape photography, examining how we perceive buildings and landscapes through image-making.
URL www.garethgardner.gallery
Instagram @@garethgardner_gallery
Twitter @@gardnergareth