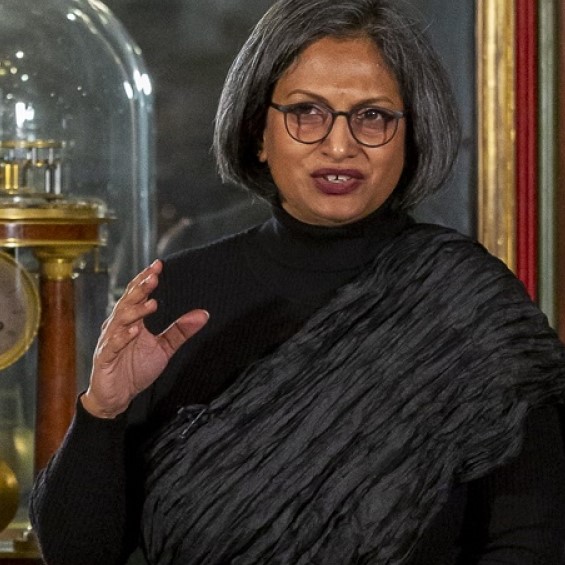 Grafton Architects received the Royal Institute of Architects of Ireland (RIAI) Gandon Medal for Lifetime Achievement in Architecture in 2020, as well as the RIAI Gold Medal for Bocconi University in Milan in 2019. The project for UTEC in Lima, received the inaugural RIBA International Prize in 2016. In 2008 the project for Bocconi University was awarded the inaugural World Building of the Year award at the World Architecture Festival. Grafton Architects was also awarded the Silver Lion at the Venice Biennale 2012 entitled 'Common Ground' for their exhibition ‘Architecture as New Geography’.

Marina Tabassum was born, lives and works in Dhaka, Bangladesh. She is Founder and Principal Architect of Marina Tabassum Architects MTA in Dhaka and is a pioneer of what she describes as ‘the architecture of relevance’.

Her practice focuses on designing buildings in tune with their natural environments (in particular, working with local materials and communities) while also embracing the design challenges of sustainability, environment, and our collective impact on the planet. She is currently working in the Rohingya refugee camps in Cox’s Bazar, in south-east Bangladesh, and designing mobile modular houses for ultra-low-income people in the country’s coastal areas.

Her notable buildings include the minimal, sun-dappled Bait Ur Rouf Mosque, opened in 2012, the Independence Monument of Bangladesh and the Museum of Independence. She was winner of the Aga Khan Award for Architecture in 2016. In 2018, she took part in Freespace, the main exhibition of the Venice Biennale for Architecture, where she explored the Bengali courtyard.
Marina is Visiting Professor at the BRAC University in Dhaka. She runs undergraduate studios at the University of Asia Pacific, and has given lectures and presentations at a number of other educational institutions and conferences having been the Director of Academic Program at Bengal Institute for Architecture, Landscapes and Settlements since 2015.