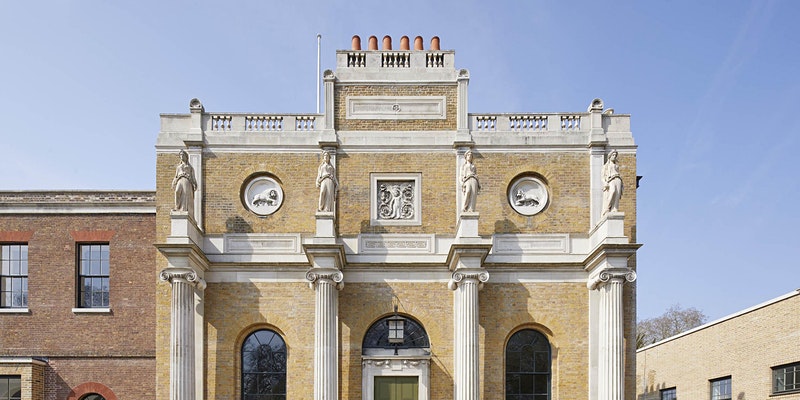 Members will be privately guided along the visitor route, throughout the many rooms in the Manor and Gallery by Director Clare Gough. Investigating the history of Sir John Soane as an architect, the architecture of each room around the Manor, and both the original and restored interior design.

Clare will also be exploring the current exhibition ‘Soane Restored’. The exhibition focuses on the recreation of Soane’s decorative paint effects, the rebuilding of the spectacular light-filled conservatory and the restoration of the original stone features. It includes details of graffiti written by a builder who had blocked up the original marbling paintwork in 1832 to an unassuming toothbrush used to recreate specialist interior decoration, a cannonball discovered as a chimney cleaner and a 1900 photograph that became vital evidence in the reconstruction of the conservatory.