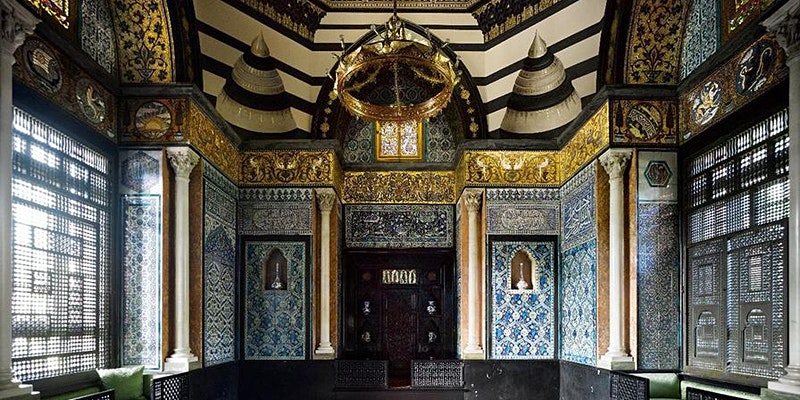 The Making of the Arab Hall at Leighton House

Learn about the influences, conception, and construction of Frederick Leightons magnificent Arab Hall.

The Arab Hall, with its beautiful tiles, wooden lattices, gold mosaics and soaring dome captures the imagination of visitors today, just as it did when it was first revealed to the public in 1881.

The first steps towards its creation can be traced to Frederic Leighton’s trip to Algeria; in the next decade he made many more trips to countries around the Mediterranean, always looking, sketching, and collecting.

Join Dr Melanie Gibson as she revisits some of the places he travelled to and investigates how the ideas and objects he collected were combined and displayed in this spectacular space.