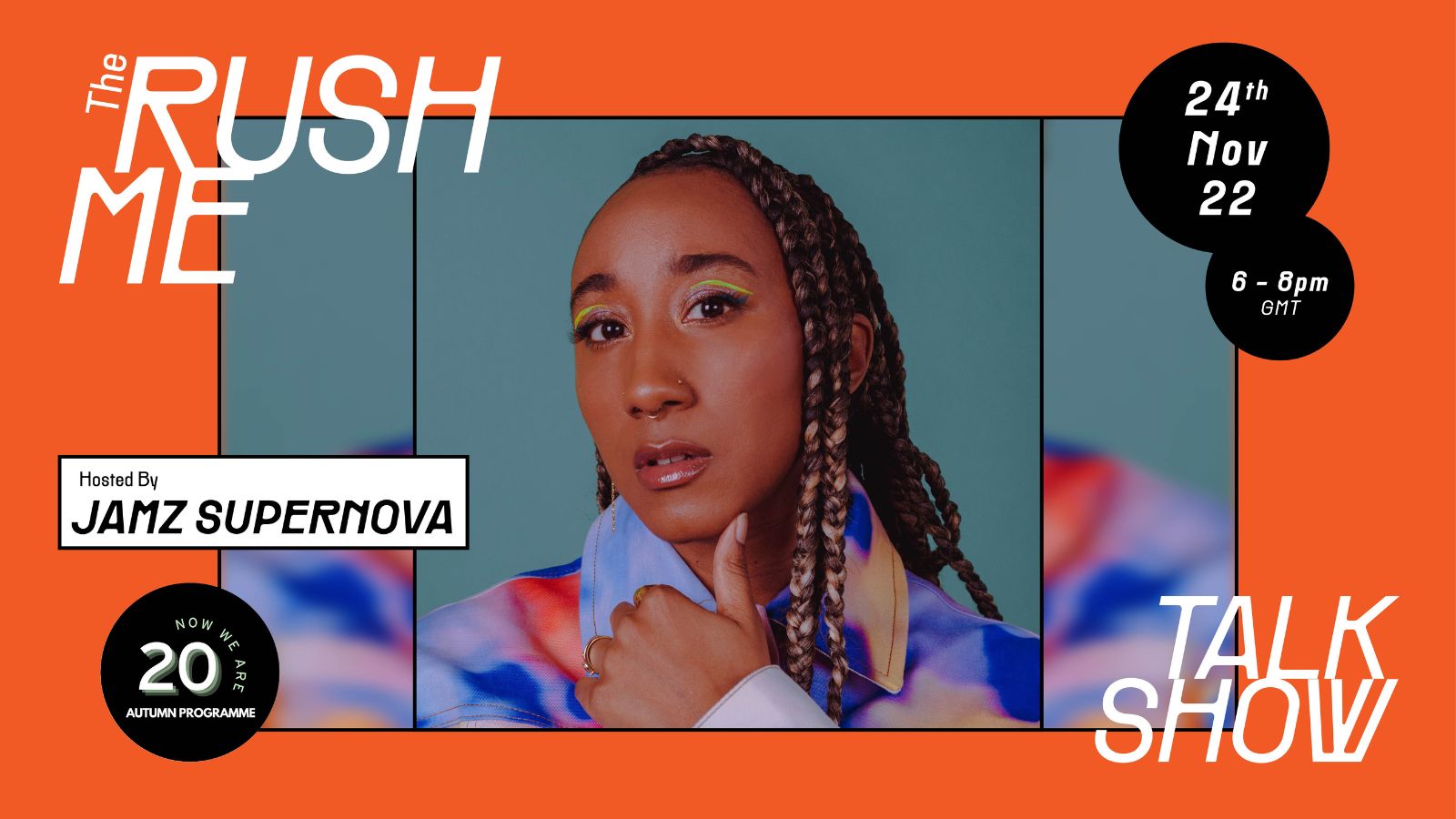 The Rush Me Talk Show hosted by Jamz Supernova

This online talk show highlights how the skills, lived experiences and creativity of people from the Caribbean have influenced and shaped British culture today. Devised to be listened to or watched, the event will welcome live participation from the audience, broadcasting British-West Indian music, poetry and visual art nationally and internationally.

This event launches Rush Me a new digital experience by Sonia E Barrett curated and commissioned by UP Projects for This is Public Space. Rush Me investigates narratives including migration, belonging, identity and hybridity and builds greater empathy with the Windrush Generation by contextualising the British Government’s invitation in the 1940’s to come and help the “motherland” in new ways. It takes a long view of the myriad ways people of Caribbean descent have moved and been moved to serve British interests. Recontextualising "Windrush" in terms of both historical and contemporary movement, "rush me" is a meditation on help, need, peril and service.

This event will be hosted by Jamz Supernova. Jamz is a DJ, broadcaster, label owner, A&R and podcast host who has worked with BBC RADIO 1XTRA, BBC 6MUSIC, BBC FOUR, the British Council and more!

About UP Projects curates and commissions public art. The organisation was founded in 2002 by Emma Underhill, with a mission to support artists to make new work that has social relevance, engages communities, encourages learning and enriches the public sphere.
URL upprojects.com/
Instagram @@up_projects
Twitter @@upprojects