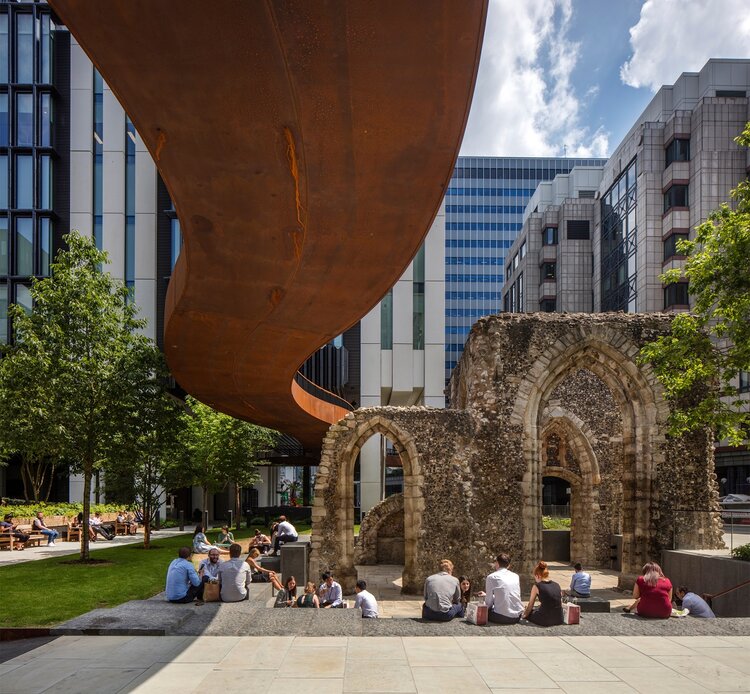 Providing a safe and fun way for enthusiastic urbanists to explore the city, this socially-distanced live physical walking tour is part of a series of events responding to the core themes of the last Open House festival and the wider Open City programme.

Using guide-led live audio and image sharing, participants will use their smart phones to discover the extraordinary history of the wall, its constantly changing appearance, its impact on surrounding neighbourhoods, its relationship with nearby buildings old and new, and the role it played as a symbol of division in medieval society — deterring physical threats, but also separating members of society into ‘insiders’ and ‘outsiders.’

London Wall has survived the plague, the Blitz and is likely to survive the social and economic upheavals brought by Covid-19. The tour will use the history, and surviving structure of London’s ancient wall, to open up discussions about how public spaces are used by local residents, visitors and workers and the ways in which the Square Mile could respond to the impact of Covid-19 as we move out of lockdown.