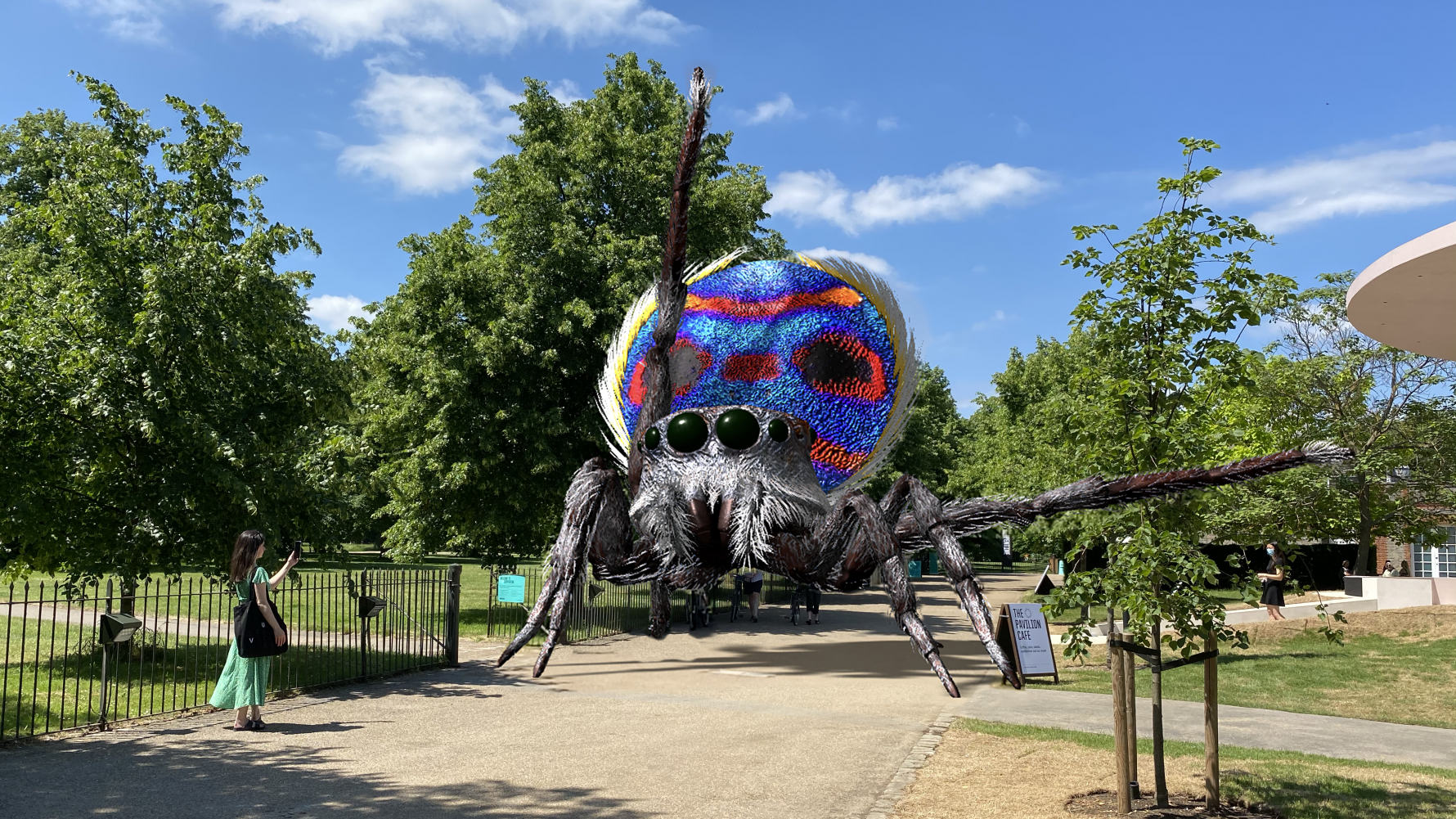 Saraceno encourages us to move away from a fear of spiders (arachnophobia) and towards a love of spiders (arachnophilia, also the title of Saraceno’s long-running research project), via a collection of Augmented Reality (AR) creatures. A small version can be viewed through your phone wherever you are in the world, in exchange for a photograph of a spider/web, while two large ones can be viewed on site at Serpentine. Through this work, Saraceno asks us to reconsider our relationship to spiders – how can we protect them, and save their habitats?

By asking participants to look for spiders and webs in order to be able to access the small AR spider Bagheera kiplingi*, Saraceno draws attention to the locations and habitats that spiders rely on: inside buildings; behind doors; on windows; under leaves. The submitted images become a part of the Arachnomancy App, built by Saraceno to connect observations of spider/webs around the world.

Two giant AR spiders will also be positioned outside Serpentine South from 19 June. Maratus speciosus, also called the peacock spider because of its coloured markings, and Bagheera kiplingi*, the world’s only vegetarian spider. The presence of these arachnids aims to raise awareness and funds for the protection of biodiversity in the age of global warming.

Webs of Life invites a deeper consideration of our non-human neighbours, and encourages everyone to play a role in environmental justice. It is an experiment informed by the idea of technodiversity discussed by writer and philosopher Yuk Hui, in which a relatively new technology is used in the service of biodiversity, moving us towards a truly Augmented Reality.

* This spider species was given a name inspired by Rudyard Kipling, and for many people this represents the Victorian imperialism Kipling supported. Together with members of the Arachnophilia community, Tomás Saraceno is attempting to rename this and other spider species whose names continue to carry controversial, post-colonial references. Find out more on renaming this spider on Arachnophilia.net