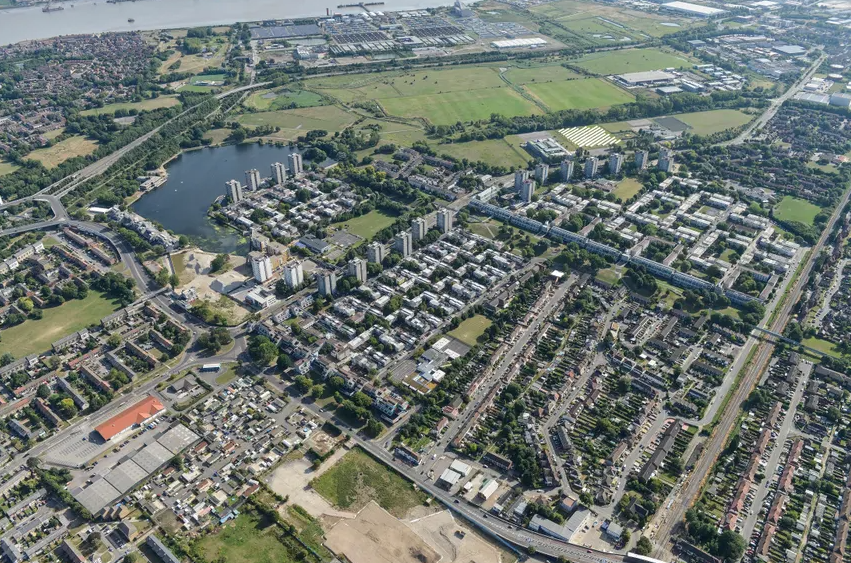 Envisioned as a new town on the South Eastern edges of London, Thamesmead offered a leap forward into what was seen a futuristic 21st century-style living to both residents and visitors alike. Among its most famous visitors was Stanley Kubrick who filmed scenes from his cult classic film A Clockwork Orange on the newly built estate.
Since Kubrick, Thamesmead has continued to attract filmmakers, providing a compelling backdrop for urban storytelling.